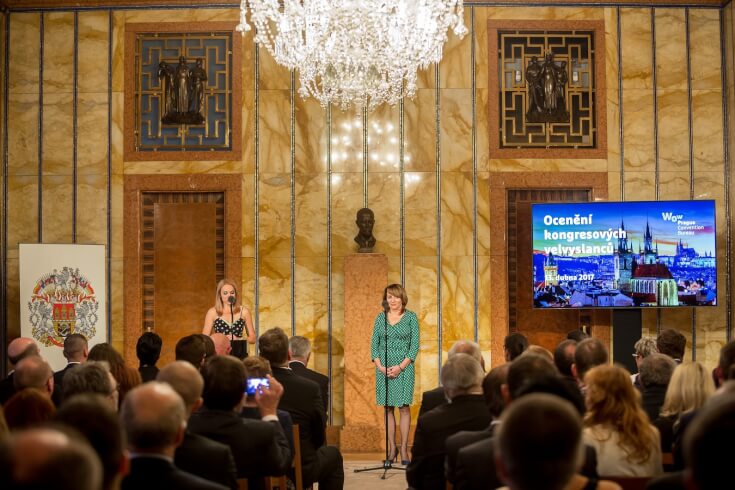 Prague Convention Bureau organized already eighth edition of the annual Ambassador Awards Evening ceremony. The gala evening took place on Thursday 13th April at the Residence of the Mayor of Prague, Ms. Adriana Krnáčová, who personally attended the ceremony and awarded the winners. The event was held with the support of the Ministry of Regional Development and the City of Prague. The gala evening was moderated by Veronika Paroulková.

Ambassador Awards Evening, part of the Prague Convention Bureau’s Ambassador Program, has been recognizing those Congress Ambassadors, who contributed the most to the development of Prague meeting industry, since 2010. This year, winners in five categories were announced based on the votes of the independent committee composed of professionals from the tourism industry, academic and government sector: doc. Ing. Monika Palatková, Ph.D., General Manager of CzechTourism; PhDr. Nora Dolanská, MBA, General Director of Prague City Tourism; Ing. Marta Nováková, President of the Czech Confederation of Commerce and Tourism; prof. RNDr. Václav Pačes, DrSc., scientist, educator and biochemist; and prof. MUDr. Tomáš Zima, DrSc., MBA, Rector of the Charles University in Prague. Sixth, special prize, was announced by the Prague Congress Centre at the end of the ceremony.

Opening speech was given by the host of the evening the Mayor of Prague, Ms. Adriana Krnáčová who welcomed the guests and highlighted that Prague attracted the largest number of conferences over the past ten years in 2016. Ms. Krnáčová also mentioned the importance of the reconstruction and extension of the Prague Congress Centre for the future development of meeting industry in Prague and expressed the opinion that the capital has the ambitions to reach the top 5 positions in the ranking of the most popular meeting destinations compiled annually by the International Congress and Convention Association (ICCA).

Afterwards, the Director of the Department of Tourism, Ministry of Regional Development Ms. Renata Králová, introduced tourism industry from the nationwide point of view. More than 9.3 million tourists visited the Czech Republic last year, which is 7% more than in the previous year. Given this increasing trend, the Czech Republic and especially Prague should, according to the opinion of Ms. Králová, focus more on extension of the visitors’ stays and increase in the tourism revenues, to which the meeting industry already greatly contributes.

Managing Director of the Prague Convention Bureau, Mr. Roman Muška, expressed his thanks to the partners and supporters of the gala evening, to the congress ambassadors for their contribution, and last but not least to the committee. Mr. Muška expressed his appreciation of cooperation with the Charles University in Prague, and with the Czech Academy of Science, where the educational seminars for current and potential congress ambassadors were held and he also mentioned the 56th ICCA Congress organized by the Prague Convention Bureau that will take place in November this year.  Professor RNDr. Václav Pačes, DrSc., member of the Committee, then reminded that people need to meet face to face despite the fact the 21st century is the era of Internet communication.

The opening speeches were followed by the award ceremony. The Corporate Event of the Year Award went to Mr. Martin Lehký from organizing agency for Swiss Pharma Internal Meeting. The event was attended by 1,600 delegates for four days meeting. Ing. Libor Přeučil, CSc. was awarded for the candidacyfor the International Conference on Intelligent Robots and Systems (IROS) that will be held in Prague in 2021 and which is expected to attract more than 3,300 delegates. MUDr. Jiří Froněk, Ph.D., FRCS became the winner in the category Congress of the Year 2016 – Less than 500 Attendants. The 51st Congress of the European Society of Surgical Research (CESSR) was organized for the first in Prague in its long history and was attended by nearly 400 delegates from all over the world. Two gentlemen - MUDr. Jiří Kubeš, Ph.D. and Mgr. Vladimír Vondráček – were awarded in the category Congress of the Year 2016 for the 55th Annual Conference of the Particle Therapy Co-Operative Group (PTCOG 55). The Conference was attended by more than 1,200 participants in May 2016. Proton Therapy Center, the only facility of its kind in the CEE, was the hosting institution of the event. Negotiations about the conference started a discussion about financing the treatment of this type from public health insurance. The award for Long-Term Contribution to Congress Tourism was undoubtedly among the most prestigious awards of the whole evening. This year, professor MUDr. Karel Cvachovec, CSc., MBA, Head of Anaesthesiology and Resuscitation Clinic at 2nd Medical Faculty, Charles University and Motol University Hospital,has been recognized for his contribution to the Prague meeting industry, especially for successful bidding for the International Anaesthesiology Congress, that should host more than 10,000 delegates in Prague in 2020. The last award of the evening - Special Prize of the Prague Congress Centre – went to the Ministry of Regional Development, represented by Ing. Karla Šlechtová, for the UN Regional Conference European Habitat, attended by more than 4,000 delegates from 56 countries.

The evening was rounded off by a gala reception accompanied by pianist Radim Linhart. We would like to thank our partners for their support of the Ambassador Program and their cooperation in the organization of the event, namely: the Ministry of Regional Development, the City of Prague, Prague City Tourism, Czech Convention Bureau, Prague Airport, AIM Group International, C-IN, Guarant International, Prague Congress Centre, Hostesky.cz, VT Rental, Zátiší Group, Senator Meeting & Incentives, Charles University in Prague and Czech Confederation of Commerce and Tourism. 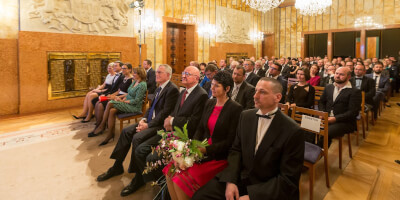 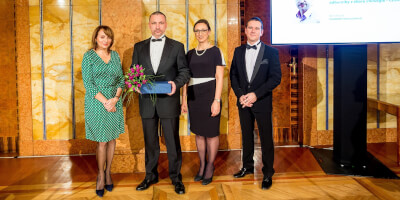