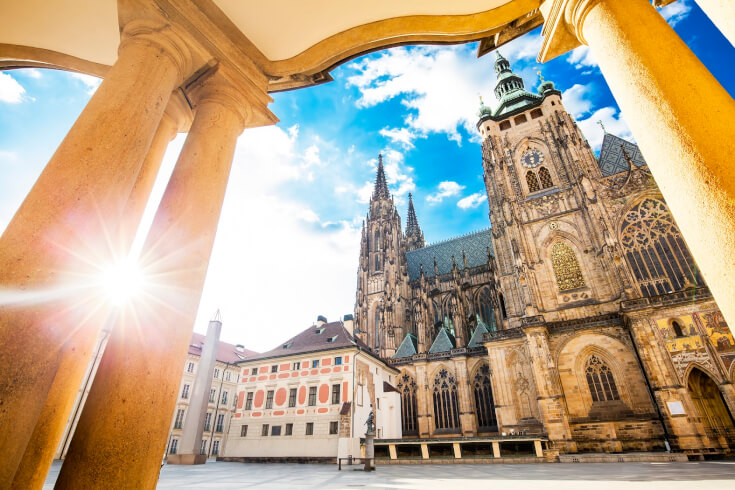 The renowned British Magazine Time Out, established in 1968 and currently distributed in 331 cities in 59 countries worldwide, compiled its annual ranking of the world’s best cities again. Prague has been ranked sixth this year, moving up one position compared to the 2021 list.

The ranking is based on the thorough survey done among the 20,000 city residents examining set of various criteria, that changes slightly each year to include current topics affecting not only tourism, but also quality of life of city-dwellers. The ranking also includes opinion of magazine’s editors and contributors to get the overall picture of each city.

Destinations are evaluated annually based on criteria such as cultural life (number of theatres, museums, and art galleries), number and quality of restaurants and bars, neighbourhoods or the price level of products and services. While criteria such as community spirit and resilience played significant role in 2021 ranking due to the covid and lockdowns, the 2022 criteria are focusing more on practical side of each city. Walkability, city transportation system, safety and sustainability were put in front when deciding on the top cities in the list.

Prague managed to improve its scoring and place sixth in this year’s evaluation. The residents and editors praised not only its beauty, but also continuously increasing quality of life, affordable and quality food, and high number of museums and galleries, which also makes the city the most cultured spot in Europe. Not surprisingly then, Prague has been chosen as a hosting destination of the ICOM (International Council of Museums) General Conference, that will take place in August 2022.

When it comes to walkability, Prague is very compact and easy-to-discover city. All the sights are literally at your fingertips. For those preferring quicker means of transport, Prague offers rich network of shared bicycles and scooters. Another sustainable way of getting around the city is the public transportation system, ranked the fifth best in the world! Even those travelling to Prague by plane can be assured, that the Prague Airport follows green goals including those set in the Toulouse Declaration. Sustainability matters in Prague, that is why the city presented several strategic documents lately to ensure the city is still a pleasant place for locals as well for visitors. Read into the new recently launched sustainable mobility plan, circular strategy or tourism strategy “Putting Prague First”. Even more information on the green approach towards the city, tourism and especially meetings industry can be found on sustainable.pragueconvention.cz.

The last, but not least, criteria that were taken into account by the Time Out when compiling the latest ranking, was safety. “In the long-term perspective, the Czech Republic is considered a safe destination, ranked eighth in the latest Global Peace Index. The safety of the destination and its venues will be now in the spotlight as international governments representatives meet in Prague for the Czech Presidency of the Council of the European Union,” comments Roman Muška, Managing Director at the Prague Convention Bureau. The safety of the destination has been also recognized in one of the 2020 rankings that recognized Prague as the most safety for solo female travellers.

What the Prague’s residents and editors also highlighted was the beauty of the city. 9 in 10 inhabitants consider their home city as a beautiful one. The editor of the Time Out mentions some of the recent add-ons such as the awarded architecture of the riverbank renovation. Prague also overflows with greenery which makes the life in the city much more pleasant and it is surely one of the reasons behind the positive feedback provided by the inhabitants.  Even more, whole 96% also spoke highly about the local transportation system, especially trams. “Historical trams are very popular for incentive programmes and historical lines are regularly operated during the summer offering tourist breath-taking views of the city. As Prague is traditionally modern, the service combines historical ride with a state-of-the-art touch represented by an option to pay the fares with cryptocurrencies,” concludes Roman Muška.

TOP 10 of the Ranking

Top 10 is a mixture of destinations scattered around the world. The top place was taken by Scotland’s capital Edinburgh, evaluated highly in all the criteria. The second spot went to Chicago, US. The Time Out editor highlights especially its resilience and community spirit. Medellín, Columbia, was ranked third, praised mainly thanks to its gastro scene, nightlife and hospitality. Glasgow (Scotland) and Amsterdam (the Netherlands) follow on the fourth, respectively fifth place. Prague ranked sixth, followed by Marrakech (Morocco), Berlin (Germany), Montreal (Canada), and Copenhagen (Denmark) closing the TOP 10.